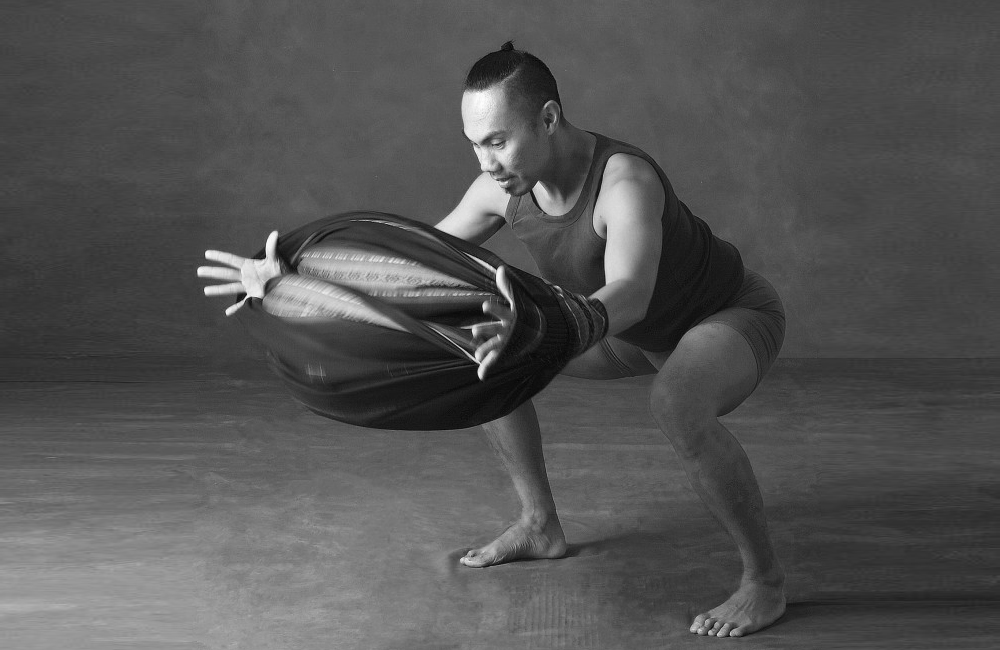 Review: EDGE 2 at Dancing on the Edge

As part of the 27th annual Dancing on the Edge festival, EDGE 2 was a captivating evening featuring the works of three talented and distinct choreographers: Meredith Kalaman, Alvin Erasga Tolentino, and Serge Bennathan. Joined by a long list of other Vancouver dance fans, we caught these innovative performances July 7, on stage at the Firehall Arts Centre.

First up was Vancouver-based choreographer Meredith Kalaman’s work, Femme Fatales – a work-in-progress which began as part of the 2014 BC Buds Festival, and will enjoy its full-length premiere in 2016. As described in the program notes, Femme Fatales is an investigation into the accusations that lead to the murders of tens of thousands of women and men in North America and Europe, while pointing fingers at how far we have – and haven’t – come in our understanding of gender socialization.

Kalaman, who also performs with stunning grace, is joined on stage by Teghan Fedor and Kate Franklin. All three dancers boast exceptional technique, and each adopt a subtly distinct approach to the work – a strong choice that builds a pleasing dynamic between the dancers, and reminds the audience that each woman on stage brings individual stories and motivations. Overall, I most enjoyed the variety of textures and cadences in the choreography, with a standout moment being the portrayal of a series of well-known childhood games.

Next up was a powerful solo from Alvin Erasga Tolentino titled Tracing Malong, in which the choreographer and performer danced with the indigenous Filipino fabric Malong – a traditional tube of multi-coloured cotton cloth, which can be used to convey the social or economic status of the wearer. Erasga Tolentino danced with the Malong as though it was an extension of himself – finding innovative ways in which to control and manipulate the cloth, at one point even precariously balancing it on his head. Most striking about his performance however was his use of energy, juxtaposing fast movements with steps that had an almost taffy-like quality.

Concluding the performance was a second work-in-progress titled Just Words from Choreographer Serge Bennathan of Les Productions Figlio. Interjecting a series of combative and highly-physical duets from Karissa Barry and Hilary Maxwell was a selection of poems, written and spoken by Bennathan himself that spoke to both the profound and happy characteristics that sharpen an artist’s life. Following each section of choreography the dancers would retreat to the upstage corners, almost as two boxers would in between rounds. When Bennathan was speaking, audience members could close their eyes and get lost in his voice – so beautiful was both what he said, and the way he said it.