CONSIDER: The “Netflix Syndrome” + the Arts

Ever found yourself trawling through every category on Netflix before slipping into a state of analysis paralysis and eventually giving up?

We now live in a world where there is an abundance of choice.

In fact, type the words ‘too much choice’ into Google, and you’ll be presented with eight MILLION results.

With so many options out there, how do we even begin to decide what we want?

The same can be said about our thriving arts scene. (Not that we’re complaining.) Anyone lucky enough to call Vancouver home can agree this city is bursting at the seams with its rich and diverse offering of arts & entertainment.

But with so many fantastic performances and festivals at our fingertips, how do we decide what to attend?

The good news is, we’re here to help.

Whether it’s a toe-tapping musical theatre performance under the stars, an exuberant afternoon of baroque music, or a thought-provoking exhibition, there is something for every cultural appetite.

Of course, there are many factors to consider when choosing the right show for you.

We all know Vancouver is pricey, but there are a number of upcoming events that won’t break the bank, while promising an enriching experience you won’t soon forget.

The Museum of Anthropology at UBC (MOA), for example, is currently running Traces of Words: Art and Calligraphy from Asia, which is free for MOA members, children under six and UBC students and staff. Adult tickets cost $18, while students and seniors pay $16. And on Thursday evenings, the entrance fee drops to just $10.

On display now through October 9, the multimedia exhibition examines how artists have reinterpreted written words as visual expressions.

Another budget-friendly opportunity is the Museum of Vancouver’s (MOV) Unbelievable exhibition, which poses provocative questions about our perception of stories.

Situated in Vanier Park, MOV’s Unbelievable is on display until January 2018. Adult tickets cost $18 and $15 for students and seniors. Youths aged 5-18 pay just $8 for entrance. On the last Thursday of every month, MOV visitors can pay by donation between 5pm and 8pm.

Type of venue is another important consideration. With any luck it’ll be a smoking hot summer, and who wants to be cooped up inside on a sunny evening?

Theatre Under the Stars is ideal for those who enjoy their theatre al fresco. This year, audiences will be treated to Broadway blockbusters Mary Poppins and The Drowsy Chaperone, with performances taking place at Stanley Park’s picturesque Malkin Bowl from July 7 to August 19. 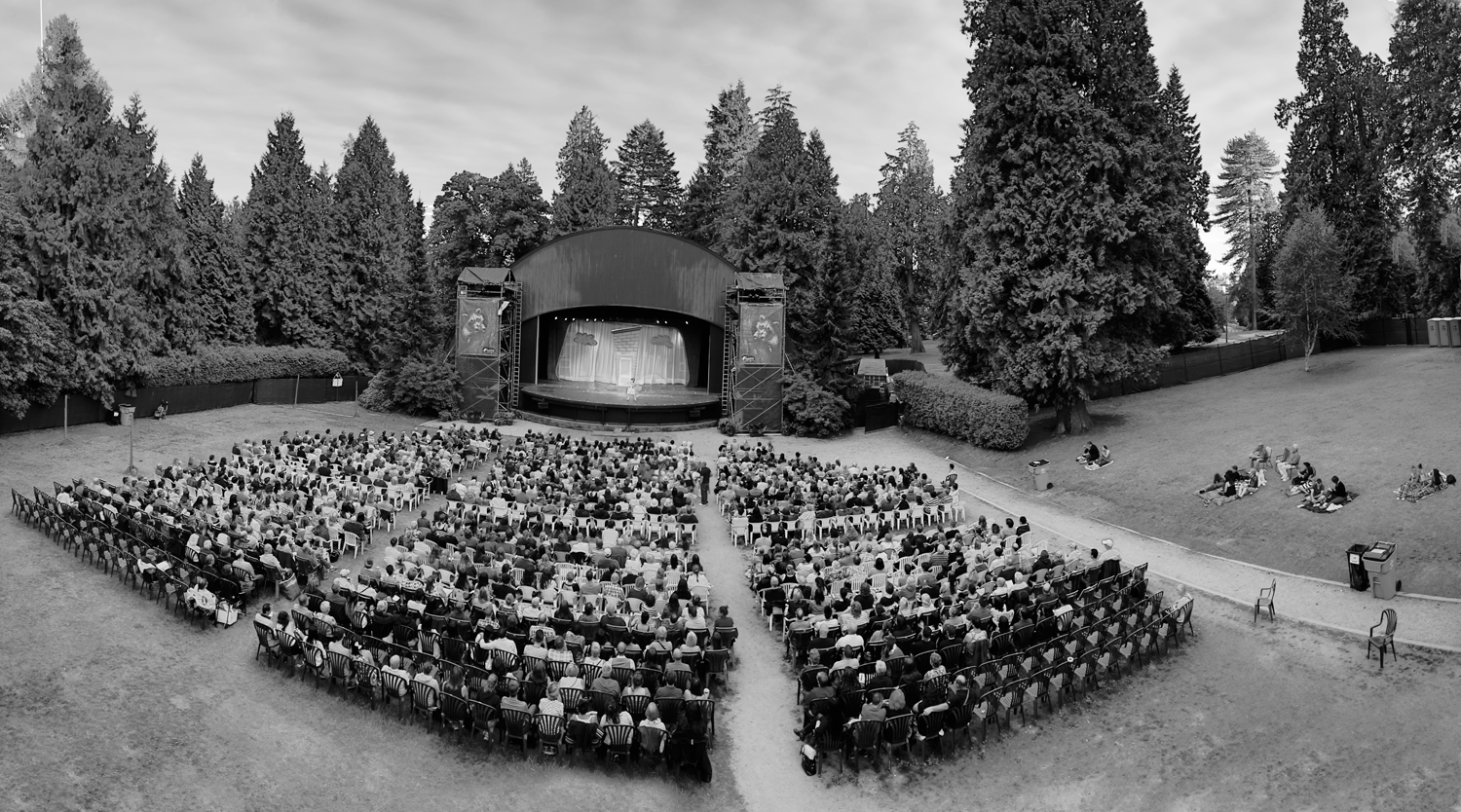 Theatre Under the Stars allows you to enjoy the summer sunshine and an incredible musical theatre production!

Another thrilling open-air option is the iconic Bard on the Beach Shakespeare Festival. Now in its 28th season, the cherished annual event celebrates the genius of William Shakespeare and has become one of the city’s largest festivals, attracting more than 100,000 people each year. This summer, from June 1 through September 23, performances will include Much Ado About Nothing, The Winter’s Tale, The Merchant of Venice and The Two Gentlemen of Verona, as well as workshops, concerts, and much more.

Next, we look at variety. Why pick only one show, when you can enjoy multiple?

Meanwhile the Vancouver Bach Festival, one of the largest of its kind in North America, will delight audiences from August 1–11.

Performances include an intriguing new perspective on Bach’s Cello Suites by star Canadian cellist Matt Haimovitz as well as Bach’s Italian Concerto and French Overture. A dramatic reading of St. John Passion will close the festival with a bang.

Indeed, it can be tough deciding between one show or another, but here at MPMG HQ, we are firm believers that when it comes to the arts, there’s no such thing as a bad choice.

Whether it’s music, sculpture, or theatre that catches your eye this summer, all that matters is that you choose to enrich your life and expand your mind with arts. We’re confident, you won’t regret it.