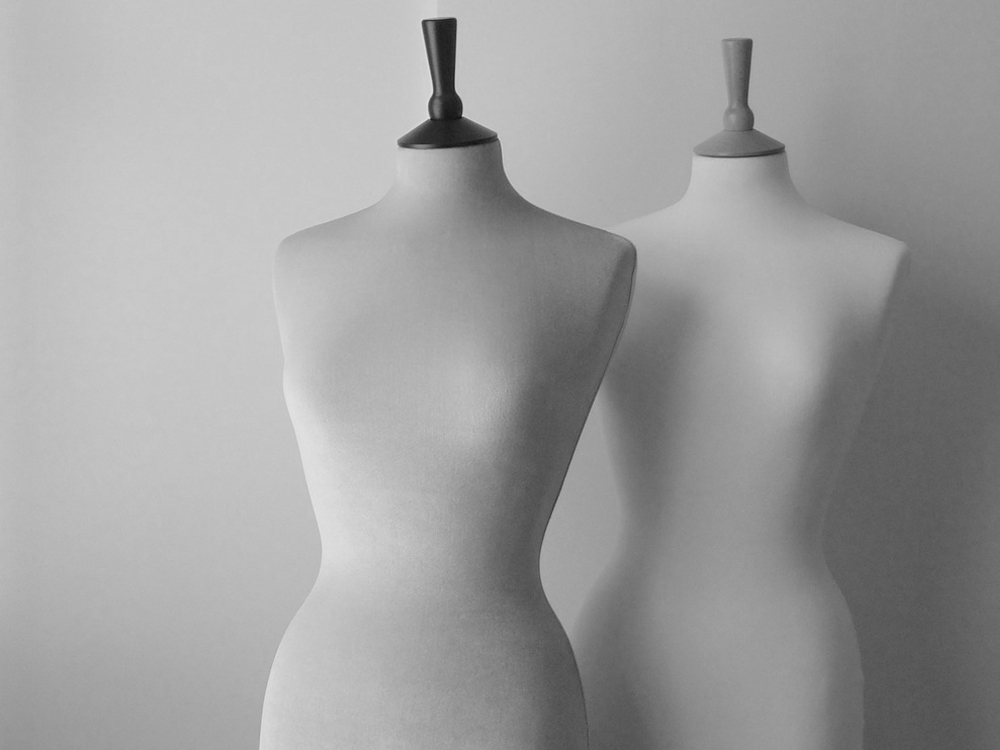 Tweed & Taffeta is a series from Laura Murray Public Relations that explores costuming in celebrated performances – the varying interpretations from one production to the next and the subtle yet sweeping influence of wardrobe on a show’s overall texture.

This week, we spoke with Carmen Alatorre, costume designer for ITSAZOO Productions’ The Competition is Fierce – a satirical world premiere from playwright Sebastien Archibald where ‘climbing the company ladder’ entails gladiatorial combat to the death. Set in the future and performed in an up-close-and-personal performance “arena,” costuming for this unique production was above and beyond that of your typical theatre performance.

Andrew Wheeler as Carlyle in The Competition is Fierce.

Tell us a bit about yourself and your design process.

I came from Mexico City about nine years ago to do my MFA in Theatre Design at UBC. I have been based in Vancouver and designing costumes ever since.

In my design process I first read the play a couple times. The first time, just to get a general idea. The second time, having a more analytical eye in terms of number of costumes, possible concepts, especial needs, etc.

Then I meet with the Director to get more clues and to agree on a concept. After that, I research context, background, find appropriate inspirational images, and do a first set of sketches before the final renderings get approved. Final renderings are the green light for sourcing and/or starting the costume construction.

Where did you look for inspiration when designing the costumes for The Competition is Fierce?

I’ve got the first design clues from the script itself and then from our Director Chelsea Haberlin, who was originally inspired by Italian artist Enrico Castellani’s Superficie Nera, a fascinating art piece made out of poked black leather.

The main design hints for this show were: near future, high-end, sleek, bondage, tribal.

So within that frame, we started imagining which elements would change in the office fashion of the future, being careful to not go too much over the top. We looked for just the right amount of “futureness” to keep the characters real. For the final part of the play, we discussed the possibility of using the traditional men’s suit and deconstructing it into “office gladiators” incorporating office supplies as well, which was really fun.

Rachel Cairns as Claire in The Competition is Fierce.

Quite a bit, actually. Designing work that has been done beforehand will always provide a previous reference for inspiration or research that many of us use as a guide, which makes the process a little safer whether the design concept stays similar or not.

When designing new work, new information is constantly coming from the rehearsal process and there is always the potential for design choices to suddenly not make sense anymore. So designers (the whole team, really) should stay very flexible and be ready to re-design if needed.

What special considerations need to be taken when designing costumes worn in such an intimate, up-close-and-personal performance venue?

The level of detail. In most proscenium theatres – even though we aim for great quality – we are also aware that small details usually won’t read from the audience. In this show’s space (particularly against a white background, which is so unusual for theatre) I am constantly concerned about thread strings, lint, small rips, and stains. But hopefully our audiences will have other much more interesting things to pay attention to!

What do you love most about your job?

A lot of things! I get a lot of joy from the people I get to work with, many of whom I have become close friends with along the way. I also enjoy having the privilege of being able to integrate my visual ideas into a story somebody else wrote. Most importantly, it’s an absolute pleasure to work in the theatre community in our city, which is constantly creating challenging, compelling and interesting work.

The Competition is Fierce runs until March 22, 2015 at the Shop Theatre at Renegade Studios (125 East 2nd Ave). For more information visit itsazoo.org.